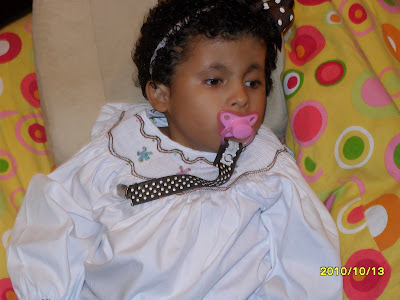 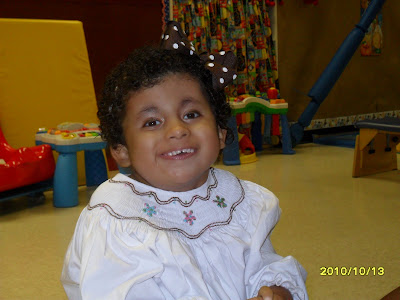 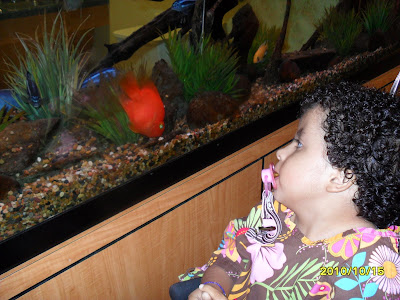 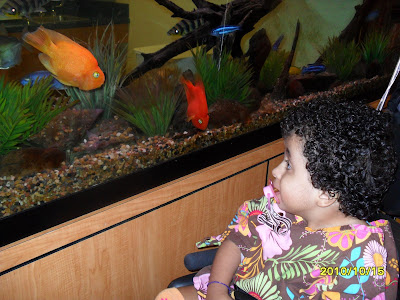 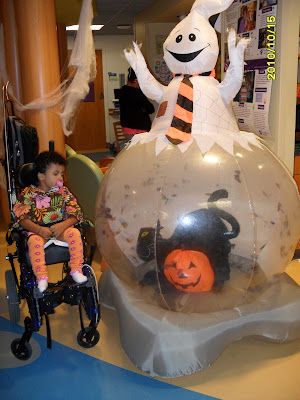 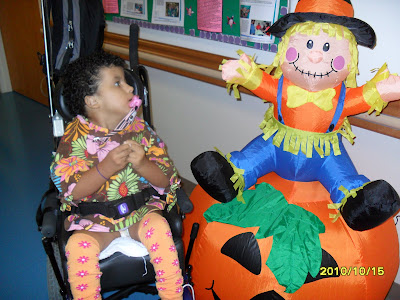 So many times when we have unanswered questions the first place I come is to the blog. I have asked many times in the last few years if you out there have experienced any of what we may be going through. So many times we have found answers from others. Once again I am coming and asking you of your personal experiences.
Let me remind everyone that I have no medical experience except from personal encounters with Annabel. I truly don't understand all that the doctors say. I try not to dwell on the what if, or that this maybe what is happening. Only because my mind doesn't understand or can't comprehend that much information. I also try to put some positive with the negative.
This past week we could see changes in Annabel. Some days were great and some she was just plain tired/weak. I will back up and say that Annabel has been on TPN/Lipids since May. We have tried formulas for feeding. We have also tried to use her GJ button but that was found to not work properly after four different attempts. It just shot back up into her stomach with either the pressure/retrograde activity, but this wasn't an option any longer. I can't say enough that I want her off this TPN as I know with time this is not what is good for Annabel. At one point prior to all this her liver wasn't an issue. The only two things that are positive about the TPN/Lipids is that it gives her proper nutrition and great hydration. Hydration is major with all her urinary issues.
Through two different sets of biopsies they have found that Annabel has deficiencies in all diasacharides. (Sorry for the spelling errors) They are struggling to find something that Annabel can take. We thought they had found something RCF (Ross Carbohydrate Free) formula that we had to mix. We began her at 5ml. then progressed to 10mls. By Monday she was vomiting and wasn't feeling well at all. So we had to pull her from this formula. These formulas have to be
mixed with some form of sugar and they can't find that she can tolerate. So that leaves us basically TPN/Lipid dependant for now. So as I am trying to accept this her GI dr. calls this past Wednesday and says her liver ALT, AST are 690/400's. She has run high before but not over 200. So the doctor was concerned as to what we should do with her. I suggested repeating her liver enzymes to see if this could be lab error. He agreed but this was not so. Also earlier in the week we began to suspect Annabel had a UTI. (For all you faithful readers, I bet you were enjoying me not whining about her continuous UTI's) So Dr. B cultures it and it came back Thursday with a very high count and Houston says we need to be inpatient. So they put her in the hospital. To me she didn't look sick enough to be admitted but with the central line and the gram negative bacteria and throw in her high levels in her liver we agreed. All this said was everyone worked together to get full time nursing in place. Also our wonderful company Coram who supplies the TPN/Lipids was able to get us her IV antibiotic to our door Saturday morning and we were allowed to continue this treatment at home.
So after all this rambling I was wanting to know if anyone had they liver experiences and what it all meant, what treatment,etc. was used. I realize that some children are placed on TPN/Lipids while awaiting liver transplants, but this isn't an option for sweet Annabel due to her Trisomy 18 diagnosis. Her levels after 6 days are in the 400/upper 100's. The first numbers being ALT and the second AST. Hoping that they will continue to come back down. I understand how busy everyone is with a sick/special needs child. If you have anytime to write about your personal experiences I would appreciate it so much. Also, if you prefer to email, my address is suzyque92@hotmail.com

Hi Cathy, this is the first time I have looked at you blog and it is wonderful to see your beautiful Annabel. My daughter, Tessie(full T18) is almost 14yrs old and we too have had ongoing feeding issues all her life. Tessie is currently fed via G-tube but it took a long time to find the appropriate formula and a way to feed her that was most comfortable for her. She currently has a maximum of 200mls 5X daily. She did not tolerate continuous feeds and cannot tolerate a greater volume. We have never had the liver issues but I am a doctor and I would be happy to discuss this further with you if you wish. My email is ladydoc@bigpond.com and feel free to email me any time. I also have a Facebook page as does Tessie and you can see her there. I would love to support you in any way I can as I feel a special bond with other families travelling this journey. my love and prayers to you and all your family. Julie

I don't have any experience with any of this, but I will be praying that you can find a solution! Love, Hugs and Prayers!!!

I pray Ladydoc is able to help you out. How great would that be, a true answer to prayers.
Edie

hey cathy. it's billie (from IL) and ava. unfortunetly i have no info regarding your currnt issue. but i came across a post about annabel on facebook n wanted to say hi since we knda lost touch although i i hope to go this fall to the soft conference in chicago. anyway just wanted to say hi. Annabel has gotten so big. if you have a chance e-mail me at babygirl_412000@yahoo.com or find us on facebook. best wishes

I am praying for the issues you need ideas/answers for. Julie (ladydoc) sounds like a wonderful resource. The smaller amounts more frequently is good for all of us, let alone your precious girls.

Any chance either of your wonderful nurses could go with you to Annabel's appointments, maybe they could take notes and then clarify things for you? Hope that is a possibility!

Hone Family as in Ryan and Ashley said...

I recently lost my little boy, Kingston, to trisomy 18 on 8/11/10. What a rush these last few months have been and what a blessing my little T18 boy was and will be forever. I wish you the best of luck with Annabel. She is so beautiful and a very real reminder of my son. Thank you for sharing.

I haven't had any experience with any of these issues.

However I do know a beautiful smile and gorgeous girl when I see one. :)

just coming here tonight to see Annabel's sweet smile. I needed it:) She is just precious. Love you guys!
Kim