Annabel is at TCH. She has abcess inside tummy right around her new g-tube button. They will be placing PICC line tomorrow to run antibiotics. She also has cold/congestion. I just heard from nurse not the doctors they will be placing her back on TPN/Lipids. I am praying this is just til they get her eating in her g-tube again. Monday was a tough day with vomitting and many dirty diapers. That is all for now...

Today is exactly two weeks that Annabel has been without TPN. These last two weeks were so nice. Sunday when her fever hit 101.6 we didn't run to the hospital worrying about a line infection. It was so nice to just think maybe she was getting a cold or maybe just a virus. Also teo weeks with no central line meant she could enjoy a tub full of water, playing with bath toys and lots of splashing. It wasn't filled with constant itching or pulling her dressings off at any hour of the night or day. Also no weekly bllod draws or time spent each day mixing her new back of TPN. A break from elevated liver levels and a rest for damaged liver. She is so easy to carry around without worries and the extra pump...so tonight I have reason to be sad! So sad that they decided already to put her back on 24 hour TPN/Lipids. My prayer is that this is temporary and that maybe her belly is just suffering from a virus of some sort.

So tomorrow she is scheduled for surgery. I am choosing to remember that many more tmes than not Annabel comes back to the room just fine from surgery. This is not a big surgery but I can't help but remember in September neither was that one. That time she was septic. This time she isn't that sick. I am so hoping that maybe be release either tomorrow if all goes well or latest Friday. Her cellulitis/abcess in her tummy isn't worse today. They are give big antibiotic and watching each day. I am fairly sure that isn't keeping us inpatient. Will update when we have more info.

Happy New Year to all of you!
Posted by Cathy at 9:20 PM 2 comments: Links to this post 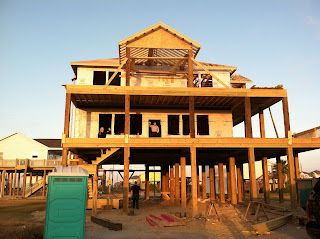 Posted by Cathy at 6:57 PM 3 comments: Links to this post