I am sorry but my pictures went crazy and all ended up at the bottom. I tried to move them into place and they just won't go.. So below are the pictures that went with the text...


We had the best of plans for Annabel to really enjoy here summer for the first time in years.  This meaning she was free of any central lines.

We rescheduled all routine doctors appointments until the end of August and were going to spend most of our days at the beach.  Just spending lazy days, living a much slower pace.
So here is Annabel spending time in her little pool up on the middle deck at the beach house. We fill in the morning so by afternoon the water is just right.

If the beach water is smooth and mostly clear we do go to the edge of the water and let her be rocked by the tiny waves.  Mostly we opt for the clean water on the deck.

As we do have a pool at home she does spend sometime in the pool when we are home.

This is Annabel having lunch with her much loved teacher, Ms. Ann...who we will miss so much due to her retiring.
As you can tell she has eyes only for her Ms. Ann.

So for the update on Annabel's health, she will be having her supra-pubic cath placed on this Monday. The surgery isn't a biggie but always some concern when we have to put her to sleep. If all goes well, we should be returning home that evening
The neurologist (movement disorder specialist) wanted her to have a PH probe to rule out reflux. We have done this several years ago and found nothing of reflux. She just wants to make sure these movement have nothing to do with reflux. So they will sedate her on the 22nd of July and place the probe. We will stay in Houston for the evening and then be there in the morning to have removed.

Our newest issue is that Annabel has begun to not tolerate her feeds very much. We are still giving her most of the feeds but basically forcing her to take them (g-tube). She is uncomfortable and begins letting you know at the beginning of the feeds. Also her stomach is becoming very distended and hard. She is having very few BM's even though her stool is watery. Tonight she just had a KUB and it shows she is so filled with air. All her bowel loops, like they were prior to her surgery this past July. This new upsets me greatly, because if Annabel doesn't eat, her only option is central line and we don't even want to go there...
Enjoying the breeze on the deck!

We had to seen an ENT today after the finding of her sleep study. Back in 2009 she was said to  have severe obstructed and central sleep apnea. She was placed on c-pap which work for a couple months then needed more oxygen and there another sleep study that led to her being on bi-pap. That was a no-go. Her tummy filled with so much more air and there for hindered her feeds. Annabel has been on oxygen since then but the sleep study again was severe and they want her on bi-pap. So at the ENT they said her tonsils were so tiny (like back in 2009) and then xrays her adenoids and they said they are really big and only leaves her a very tiny airway... So she will have her adenoids also out probably August. He also went on to share about reducing her tongue by killing some of the tissue in the back, then decided the back part of her tongue was not that big it was the front of her tongue. We know this falls back when she sleeps and blocks her airway also.  He mentioned about when he scoped her that if he found things
wrong with her airway he would have to perform a tracheotomy...
WHAT the heck????  We agreed he could do the adenoids because
they are obviously an issue but likely not the only issue.
There would have to be the most significant findings that would
convince me that Annabel would be better off dramatically
with a trach.

This photo below is the morning Annabel woke
with Hand, Foot and Mouth Disease(Virus). She was awake all night due to be so uncomfortable.
In the morning she was covered on her inside palms and wrist, bottom, top of feet and ankles,
and her lips were so red and puffy. She did end up with the sores in her mouth.  All in all, I don't think it was as bad as it could have been. She
basically lived on Benadryl for the first 3 days. She still has the rash but the intense itching is seeming to slow down.
Prayer request are for her to do well with the multiple times she will be going under for sedation...
Also that her stomach will calm down and that she will be able to receive all her nutrition from her g-button.


Last one is that the supra-pubic catheter procedure will give Annabel relief from the UTI's and that the more invasive surgery, vesicostomy will not need to be performed. 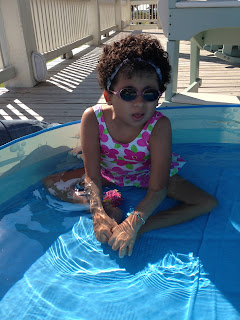 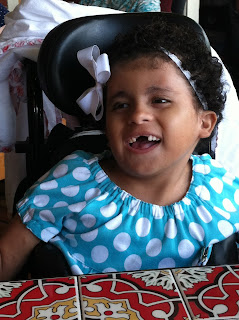 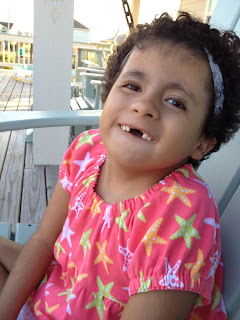 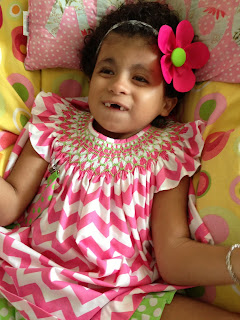 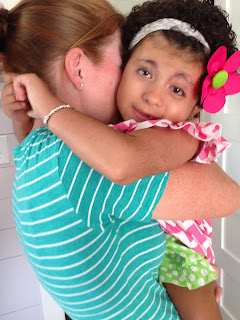 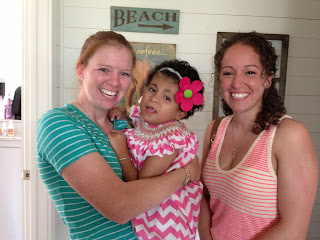 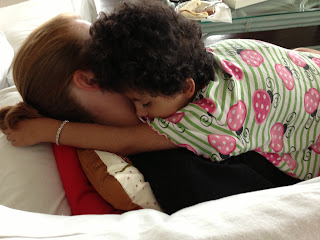